« For it is not through the identity of the things themselves, but through the relationships that are secretly established between these things, that places that have nothing in commun suddenly resonate in an hallucinatory and entirely new logic. » Nicolas Bouvier 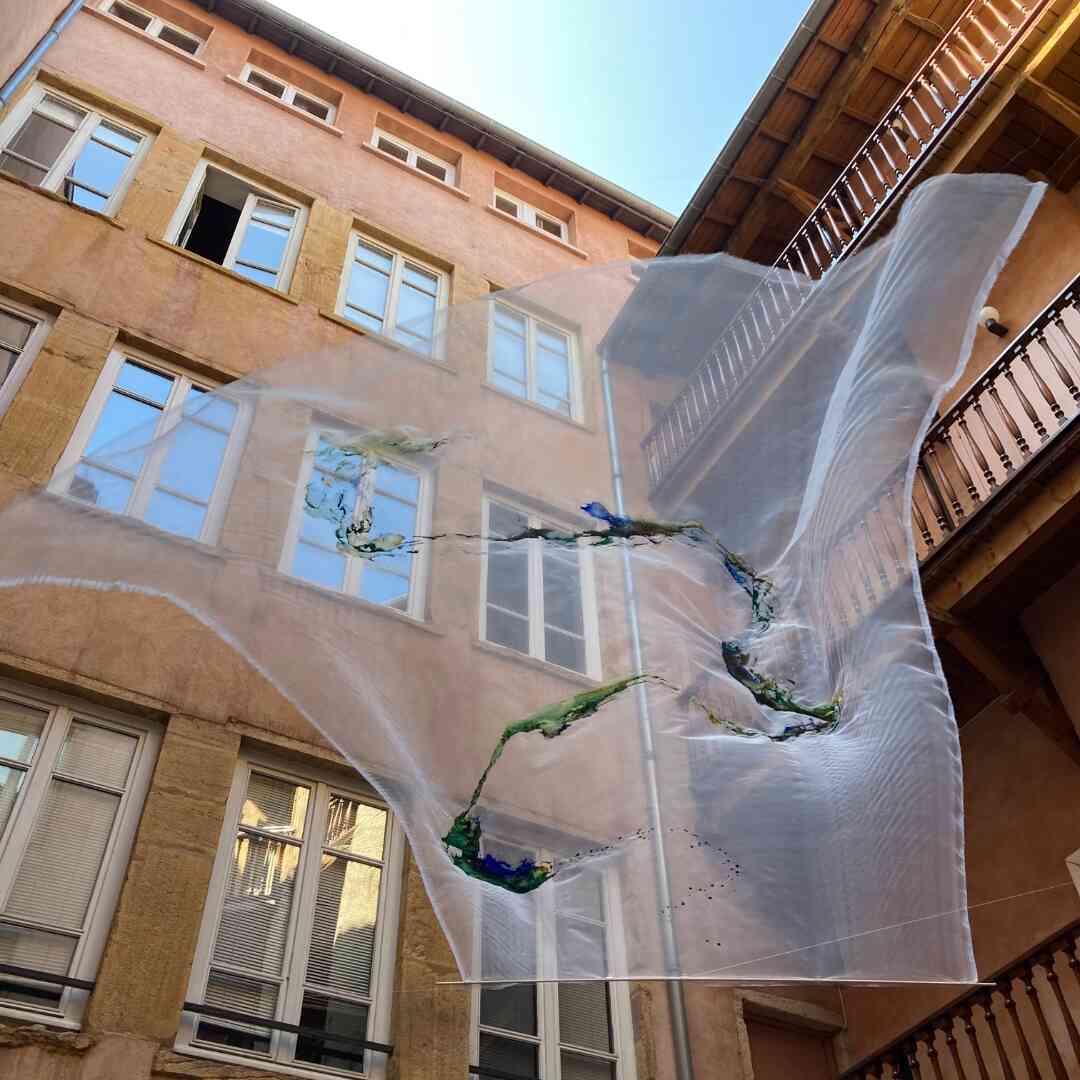 Solo exhibition and artist residency in a Renaissance building from the 15th century, at the heart of the old city of Lyon, at the invitation of Cour des Loges renowned hotel and starred restaurant. 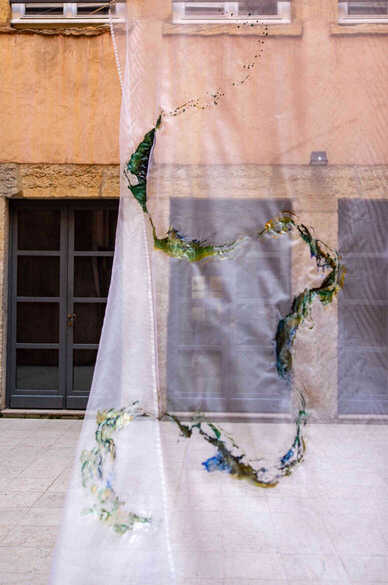 Seven paintings on extreme transparent silk flew in the courtyard, while an art installation with paintings on coton and opaque silk, fans, sound, and works on paper, was on display in the studio room. 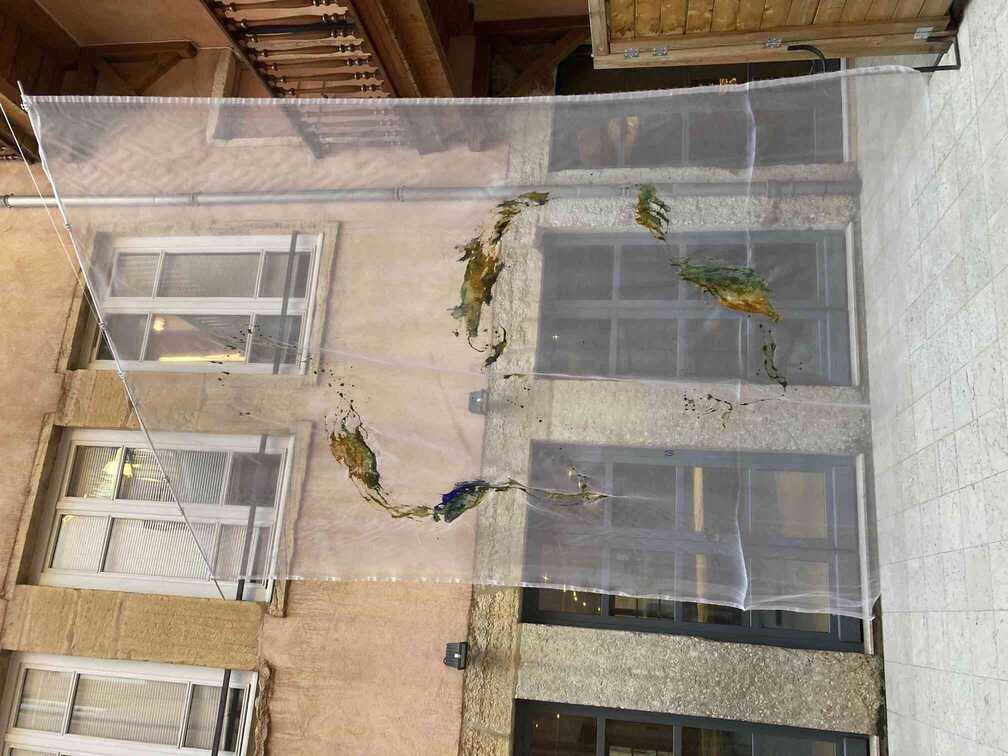 The extremely transparent silk called crepeline was bought nearby. Since François 1er, Lyon has been famous for its silk industry and workers named « Canuts ».

Paintings were flying as a hope message in our uncertain times.